This is just a short review of the Opteka SolareFlare LED light that I have finally had the opportunity to use after owning for about 6 months.  This won’t be a comparison to ICE Light as it would not be fair for me to comment on the ICE Light, since I do not own one.

First, let’s go over the short bit of tech:

We’ll do the negatives first, but there really is not a lot of negative to say about this light.  It works as advertised, although the battery life on the one I have purchased seems to be a bit shorter than three hours.  About 1.5 hours with the power turned all-the-way-up.  Then again, I did not run it at its lowest settings to see how long it would last.   Maybe it would last three or more hours on its lowest settings.   The only real negative thing I could say about this light is that it did not come with any instructions and again, not really negative, because it is so easy to use.  It only took a few seconds to familiarize myself with the light.

I absolutely love this image.  The only light source was from the Opteka.

So I said it took me about six months to try this light out after it was purchased.   This has been due to being so busy working on my new studio and of course I wanted to test it on the right subject.  Anyway, the new studio is close to completion, ready for engagement shoots, fashion shoots to senior portraits.  Next on the list was finding the right subject --and it just so happened Kaitlynn Anderson became the subject.  A great model, who competed in the Las Vegas International model search, was the perfect subject. 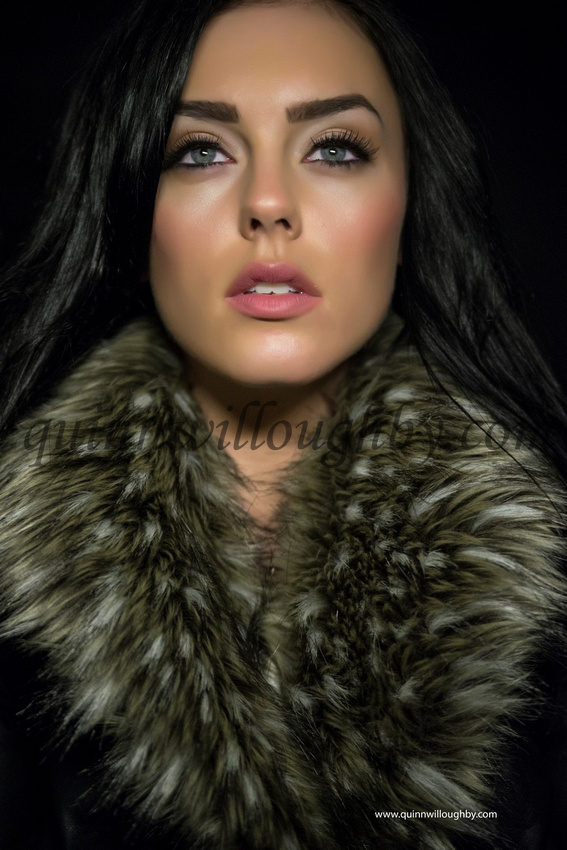 From a usage standpoint this thing is very easy to use.  You have a mode button, On/Off button and Power Level up /power level down – that’s about all.  Nothing too mind numbing.  The mode button controls your kelvin settings, in other words turns it from 3200K to 5200k.  The power level buttons decrease or increase your light output.  Complicated, right? Oh wait, the ON and off button turn it on and off.  One more thing, “you can plug-in the power adapter and run it when the battery dies, if an electrical receptacle is available.”

IMO, the light it produces is pretty nice.  It can be a bit harsh on some subjects but you can always feather it a bit or find a way to diffuse it - if you desire.